How to predict political movements with AI

Last week, the EU experienced its most testing moment since Brexit - The Catalonian independence referendum ... 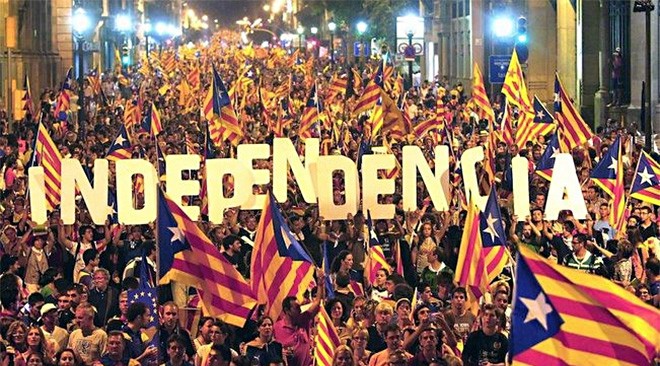 Last week (October 2017), the EU experienced its most testing moment since Brexit: The Catalonian independence referendum. Here, Catalonia voted to become independent from Spain after 500 years. This vote was in many ways a long time coming, however, many people didn’t see the results coming so easily.

On the morning of the vote, I issued a prediction: that the Catalonian referendum would result in a pro-independence vote. Many other academics weighed in, but failed to offer a clear prediction on the outcome. I believe that we can study social systems scientifically. In science, you make predictions, or statements of what a theory says will happen. In the social sciences, people confuse predictions with “postdictions”, or statements of what their theory says should have happened. Note how rare it is that a social scientist actually states a prediction before an event and how rare it is for them to openly state that they’re wrong.

The reason I posted, publicly, a prediction about the outcome of the vote was because I did not want a post this week to be an “I could have told you so” moment; I wanted it to be an “I told you so” full stop. Now, I want to outline how I made this prediction and why it is that the fallout of the referendum is to be expected. Lastly, I’m going to discuss how we can use multi-agent artificial intelligence to help mitigate future situations for policy makers and businesses.

Step 1: Understand what you’re dealing with

Political movements are, ultimately, cultural shifts. Therefore, it makes a great deal of sense to have a specialization in the study of human cultures. However, this is just the start. People have been studying “culture” for a long time, and very few even have any idea how to explain it. However, in the last few decades, a new discipline called “cognitive anthropology” has started to understand human social systems through a deep understanding of how human minds process information. This approach allows us to use psychological experiments to explain why humans act and react the way they do.

Political movements are, ultimately the cultural shifts of groups of people. The idea of “groups of people” is critical. Many in the field of cultural evolution assume the group to be a singular entity. Doing so does not allow us to predict incidents like the Spanish referendum because for something to be split, you must assume it is made up of different things. Think of it mathematically: any number divided by 1 is itself. So, you must understand that groups are collections of individuals that operate socially on complex and ever-changing social networks. Research has shown that humans are limited in their ability to process information. This includes social information. It is why we only have a set number of people in our social networks on average.

We also process cultural values a specific way. It has been shown that we don’t think rationally about things that we hold dear. Particularly things that define our identities. So, as in Catalonia, when our very identity is tied to a way of life, language, and patch of land, the idea that it should be ruled by someone other than ourselves can become problematic. Step 3: Understand that fighting strengthens identities.

In 2015, myself and a team of researchers used online surveys and experimental manipulations to show that the effect of experiencing a negative social event leads to forming intense bonds with other people in your group. These bonds are also the same type that are shown to be present in terrorists and religious extremists.

The fact that the Spanish government in Madrid had consistently denounced any whisper of independence in Catalonia had the opposite effect of what they intended. With every negative hit in the media, from claiming that the vote was not legitimate to claiming that the vote effectively didn’t even happen, only served to strengthen the bonds between the people of Catalonia and their beliefs. 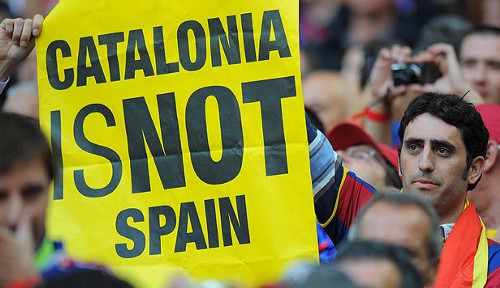 People are afraid of loss. The experimental demonstrations of this effect led to the Nobel Prize in Economics for Psychologist Daniel Kahneman (on his work of prospect theory). Loss extends beyond the realm of finance and economics. Loss also extends to the cultural realm. For the people living in Catalonia, vote after vote said that the majority of the people wanted to vote on independence and that the majority of people did not want independence. So, by looking at the polls, one should have predicted that the independence vote would lose. 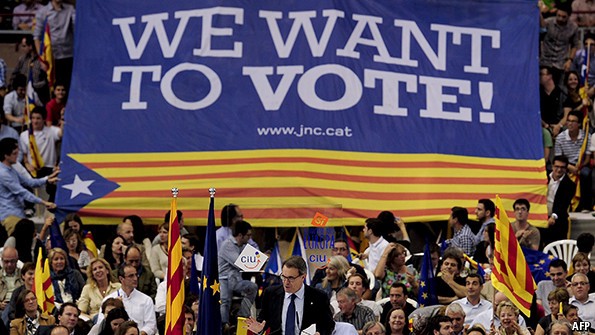 In the end however, those places where voter turn-out was greater, more people favored independence (they also appear to be more rural on average).

Steps 1–4 are largely similar in that they don’t require much advanced computing skills. However, in my research and consultancy, I’ve been working with a new form of AI known as Multi-Agent AI. Here, we don’t use one AI system (like a trained neural network for example). Rather, we create thousands or millions of basic AI systems that are programmed to have psychologically realistic capabilities for social actions. We then tune the computer system so that the “environment” of the simulation is similar to the environment of the real-world situation. Then, by running many simulations (sometimes millions of iterations) we can understand what the likely outcomes will be.

This type of Multi-Agent AI is very useful for understanding social systems because it harnesses the complexity that has been a hurdle for so long. In my own work, I’ve used Multi-Agent AI to understand foreign investment patterns in Africa and how it can impact social stability in Asia, stock market volatility, how to better predict terrorist organizations, how religious groups split or grow, and how natural disasters impact spirituality.

This new technique harnesses human nature in a way that traditional statistics doesn’t. Nate Silver (a personal hero) predicted the morning of the 2016 election that Hilary Clinton would walk into the White House. In October of that year, in Kristiansand, Norway at a meeting with university officials and my research team, I predicted that Donald Trump would win the election. The same principles of that prediction were used for framing my prediction in Catalonia.

Statistics as we know it suffer from many biases. One of which being that we always assume that history will repeat itself or continue as is in a linear kind of fashion. The fact is that humans make history. We are the agents of change in the world today. While we can be rocked by hurricanes, earthquakes, and floods, we make the history that follows. So, if we want to predict the future — since tomorrow is a later day’s past — we need to predict humans. To predict humans, we need to program computers to think like us. Not in a terminator or spooky AI robot kind of way. We just need to incorporate the raw truths of human psychology into our theories (and computers) in realistic and valid ways.