Scientists Use Psychology and Supercomputers To Predict Terrorism

National security debates may soon be put to test. Until the 1990s, historians and religious scholars were tasked with explaining cases of terrorism ... 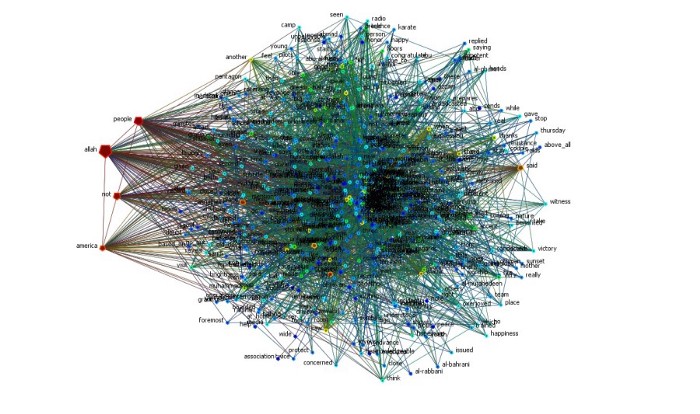 Until the 1990s, historians and religious scholars were tasked with explaining cases of terrorism. Their primary tools were religious texts and their theories. And their theories, while helpful, were subjective and unable to be generalized. Now, cognitive scientists are discovering ways to mathematically quantify religious extremism. With this research there’s a chance that the seemingly never-ending debates about where terrorism comes from and how to prevent it may finally come to an end.

I know this because I’m a cognitive scientist and I’ve done it. I combine experimental psychology and computer modeling to test for the underlying causes of religious behaviors. I then use artificial intelligence and supercomputers to simulate what is happening in real-world populations.

I was a part of a team of researchers at Oxford University that analyzed people’s reactions in the wake of the Boston Marathon bombing in order to understand how psychology interacts with terrorist ideologies. We started with the proposition that individuals have two “identities”: a social identity and a personal identity. Social identity consists of the beliefs and attitudes you share with others who are a part of the same group (i.e. culture, religion, or nationality). Personal identity consists of the beliefs that make you unique, such as your values, attitudes, and spiritual beliefs.

According to researchers, such as Oxford University’s Harvey Whitehouse, most people are able to take a stance when a group they are a part of does something they disagree with. They distance themselves by saying “Yes, well the group believes this, but I don’t believe that.” However, some individuals become “fused” with their social group. Fused individuals cannot dissociate themselves. They believe they are — psychologically speaking — one with their social group.

Fused individuals range from Libyan revolutionaries to those involved in the conflict in Northern Ireland. They are more likely to endorse extreme behaviors and sacrifice because they view attacks on their group as personal. They will do almost anything to defend their group because they are in effect defending themselves. People such as the Boston Marathon bombers or the San Bernardino shooters are driven to take up arms in the name of jihad because they believe America is attacking their religious and national identities.

Our research found that experiencing terrorism, and reflecting on that emotional event, produces fused individuals. This may perpetuate a cycle between groups in which an act of terrorism creates fused individuals who in turn endorse violent reactions. Then, those violent reactions may lead to even more acts of terror and so on. This deep emotional commitment to a group is believed to be what sets extremism apart from the rest of religious behaviors. This anecdote is currently being modeled at places such as the Institute for the Bio-Cultural Study of Religion.

Our process begins by breaking social environments and human cognition into variables, which can be inputted in computer models. This allows us scientists to essentially create digital maps of microcultures and the people within them. For example, if we know that individuals are overly afraid of loss, we can predict that not having enough resources to feed themselves or their family may lead them to join a group that provides them with the support they need.

As researchers, we identify these sorts of behaviors by data-mining the web for concepts and people that commonly co-occur together, such as “Osama Bin Laden, Al Zawahiri, and Al Qaeda,” or “Jesus, Church, and Sin.” This data is then used to construct networks, such as a belief network. One way we sometimes begin is by compiling the concepts that a leader of a movement or religious group uses in a speech. Take for instance the belief network constructed from Osama Bin Laden’s post-9/11 address found online:

This belief network is clearly hard to read, but using new mathematics we can simplify the chaos and pull out noteworthy traits. One measure we use is called “degree centrality,” in which we look at the concepts connected to the greatest number of other concepts. When we analyze the network this way, we see that concepts such as “Allah,” “America,” “Plane,” and “Islam” are very central. But what is most interesting is that “America” is connected to more negative concepts than “Allah” — revealing a clear bias in the network against the U.S. 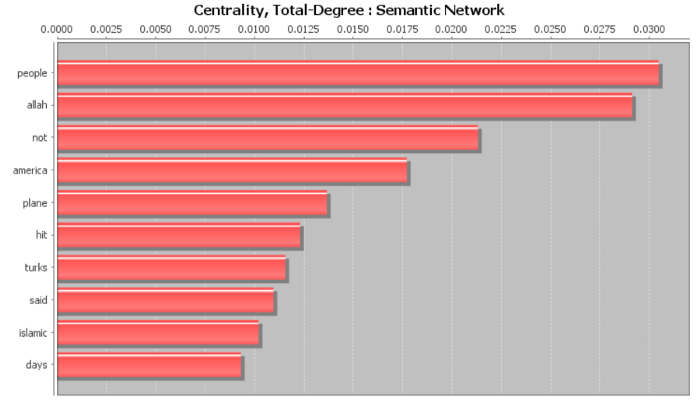 The power of these methods should not be underestimated. This technique allows us to map the beliefs that individuals use to justify seemingly irrational acts of violence, including suicide attacks.

The key word being seemingly. The majority of cognitive scientists no longer believe old assumptions about the “psychopathic” terrorist. In other words, we’ve been unable to identify anything that sets terrorists apart psychologically from the rest of us. It’s an unsettling realization and it leaves us with an even more unsettling question: What is it about the psychology we all possess that leads only some to commit acts of terrorism?

Of course, there are limitations to using cognitive science to predict religious extremism. The amount of variables needed to predict terrorist acts is immense. Most religious scholars, such as University of Toronto’s Donald Wiebe, believe extremism is just too complex to be fully captured scientifically. Yet, Wiebe still supports computer modeling of religion, including in my own research at the Institute for the Advanced Study of Religion.

But there is another, perhaps even greater, limitation that plagues this approach: political resistance. The fact is that people are slow to trust computer models. We are more likely to trust historical knowledge. However, we’ve tried this approach and, clearly, it hasn’t worked. There are heated debates among candidates for the U.S. presidency about how to prevent radical Islam attacks. There are heaps of social scientists coming out with theories. Every week, journalists, too, write articles about potential solutions to the national security threat. We have yet to come close to a consensus, and everyone knows the proposals are merely that: proposals riddled with biases and arbitrary opinions. These cognitive models may finally provide us with a concrete and objective way to understand the extremists who threaten our safety. And as far as I can tell, there’s no reason why we shouldn’t give it a try.

Next Post > How to predict political movements with AI